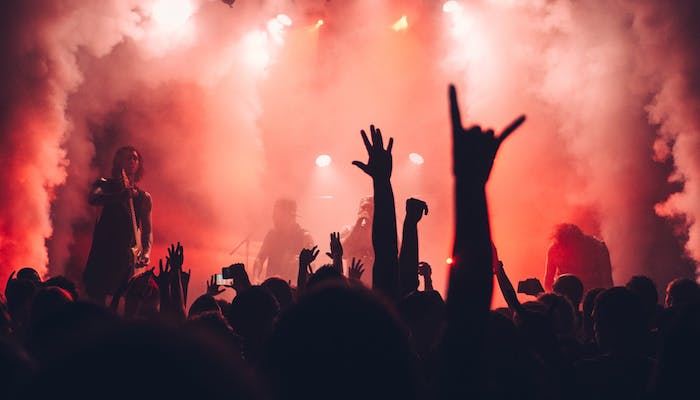 This week, Prime Minister Boris Johnson unveiled the plans to end England’s COVID-19 restrictions this June. However, with the plans now set in motion, Slam Dunk 2021 is no longer able to happen in May.

Now, Slam Dunk organizers have announced that the entire festival has been pushed back to this September.

Read more: You can join Billie Eilish for the premiere of her documentary—here’s how

Due to the COVID-19 crisis, the live music industry’s future is still rather uncertain. Earlier this month, Slam Dunk organizers reassured ticketholders that they are doing everything they can to make sure the festival happens sometime this year.

Finally, this week, Prime Minister Boris Johnson unveiled the government’s intent to ease out of lockdown restrictions. Currently, England has a four-step plan that could lead to all limits being lifted by June 21. However, this is all dependent on keeping coronavirus cases low and continuing to vaccinate citizens.

Based on the government’s new ploy, Slam Dunk Festival is no longer able to take place on May 29 and 30 this year. So, organizers have decided to move the festival to September. Slam Dunk North is now happening on Saturday, Sept. 4 at Temple Newsam while Slam Dunk South is scheduled for Sunday, Sept. 5 at Hatfield Park.

In a new statement, organizers confirm all purchased tickets will remain valid for these new dates. As well, the “vast majority” of the already announced lineup will return for the rescheduled dates. However, it looks like there’s a slight possibility the schedule change may impact a few artists’ abilities to perform at Slam Dunk this year.

“All previously purchased tickets will be valid for the new dates,” the statement says. “Hopefully moving back to September will allow enough leeway should there be any delays to the current roadmap. We are also very happy to say that the vast majority of the lineup will be staying with us for September and a lineup announcement will be coming shortly. Your ticket provider will be in touch soon to confirm the next steps and assist you if you cannot make the new dates.”

As it stands, Sum 41, Don Broco, NOFX, Billy Talent and While She Sleeps are headlining Slam Dunk 2021. Meanwhile, the Story So Far, Mayday Parade, State Champs, the Used and the Wonder Years are among the artists still scheduled to perform this year.

We are very pleased to confirm the final list of artists who were due to play SDF20 and who are able to come back to play SDF21 for you. As the vast majority have kept hold of your tickets for next year it seemed only right to try to bring back as many SDF20 artists as we could.. pic.twitter.com/YZS2Ea5yLD

Although we are less than three months into 2021, various tour cancelations and festival postponements have already happened. So far, both Epicenter and Sonic Temple have been canceled for the second year in a row due to the pandemic.

This news arrived just days after both Coachella and Glastonbury organizers canceled their 2021 events. As well, Halsey canceled her entire Manic North American tour while Dance Gavin Dance have postponed their Afterburner tour to later this fall and canceled Swanfest.

Although some festivals and concerts are already canceled this year, others are still planning to happen. Louder Than Life, Welcome To Rockville and Inkcarceration are all scheduled to take place sometime in 2021.

As well, back in October, we learned that Aftershock Festival is happening Oct. 7 – 10, 2021. My Chemical Romance and Metallica are returning as this year’s headliners. As well, Machine Gun Kelly, Rise Against, Parkway Drive and Rancid are also performing at the festival.

Do you have tickets to Slam Dunk 2021? Are you able to make the newly rescheduled dates? Let us know in the comments below.

The post Slam Dunk 2021 has been postponed with possible lineup changes appeared first on Alternative Press.