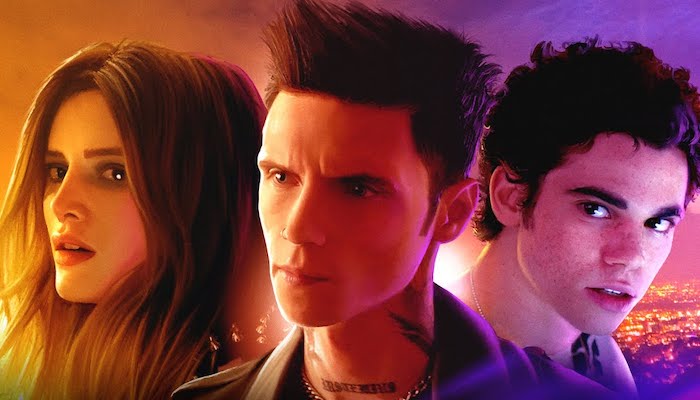 The countdown for season 1 of Paradise City has officially begun.

On Friday, the American Satan spin-off finally confirmed when the new series is premiering on Amazon Prime Video.

The first season of Paradise City has truly been years in the making. Back in 2018, fans heard the news that the American Satan spin-off was in the works. After receiving the first teaser on May 1, 2020, fans have been anxiously waiting to hear when the show will finally premiere.

Following the release of the Paradise City teaser, however, things remained rather quiet. Then, back in September 2020, the series offered an update on its status. Due to coronavirus and the unpredictable year that followed, Paradise City was still looking for a network to air on.

Finally, after another cryptic teaser, fans got a fresh look at Paradise City with the official trailer that debuted in December. Along with getting reacquainted with familiar American Satan characters and introducing some new faces, the visual confirmed that season 1 is arriving sometime in March.

Now, Paradise City has officially announced that season 1 is premiering on Amazon Prime on Mar. 25.

Paradise City is set to pick up right where American Satan left off. After Johnny Faust’s turbulent career and involvement in dark magic, the Paradise City trailer shows the Relentless frontman trying to move on from the past alongside his girlfriend Gretchen (Olivia Culpo). However, viewers soon learn that Faust is the father of another woman’s child.

Meanwhile, Simon Ostergaard, played by the late actor Cameron Boyce, is battling ongoing family problems while trying to break into the industry. Simon is the frontman of the band The Flux and is described as a “young musician, bandleader and aspiring DIY executive in the music business.”

The Paradise City trailer also features glimpses of Booboo Stewart and Ben Bruce who are reprising their American Satan roles. As well, fans get another look at Bella Thorne who is joining the Relentless as Lily Mayweather.

Since Paradise City‘s announcement, various details regarding the show have been released. Back in May, the first look into Randy Blythe‘s band in Paradise City was revealed. We also found out some behind-the-scenes info about the show’s name from Sumerian Records founder Ash Avildsen.

In August, Andy Biersack shared some exclusive details to Alternative Press about the fate of his character Johnny Faust in Paradise City.

“When we first started this whole thing,” he said. “I was several months into my sobriety and playing a character who was going down the other path where he was getting into the darkness and all that stuff. And so that was a really interesting twist. But then with [Paradise City], Johnny’s on the other side. He’s trying to make his life better. But all of the demons from his past are making it more difficult for him to do that. And so I’m very little like Johnny. Other than our faces are the same.”

Season 1 also includes appearances from Sleeping With Sirens‘ Kellin Quinn, Juliet Simms and Asking Alexandria‘s James Cassells. Biersack did reveal to Alternative Press that a lot of these characters’ storylines are not connected in the show.

“Our storylines don’t really cross at all in the show,” he said. “I think there’s one scene at the end where we end up in the same situation at some point. I don’t want to spoil anything. But our storylines are different. Her storyline and her band are this whole separate thing in the show that people don’t really know. This show is not just American Satan, too. It’s a whole different group of people that you’re learning about and following. And I know that Ben’s character had some scenes with Juliet’s band and members of Juliet’s band later.”

Are you ready for season 1 of Paradise City to finally arrive? Let us know in the comments below.

What You Should Think About if TikTok Gets Banned

The Best Adirondack Chairs of 2021

Brand Of Sacrifice knew ‘Lifeblood’ needed to be released independently