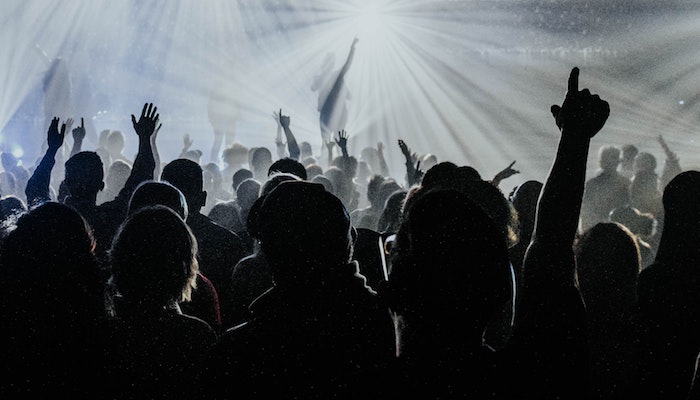 Obviously, things haven’t been going so well for the live music industry amid the coronavirus pandemic. However, it looks like Live Nation‘s CEO is confident large-scale events and concerts could return as early as this summer in the United States.

This week, Michael Rapino detailed the timeline he believes the United States is currently on to help bring concerts back sooner rather than later.

Earlier this week, Prime Minister Boris Johnson unveiled England’s new plans to ease out of COVID-19 restrictions. If all goes according to plan, England could completely eliminate coronavirus restrictions by late June. As a result, the U.K. saw a massive surge in ticket sales over the past few days. On Friday, Reading & Leeds confirmed that the entire festival is already close to selling out.

For the United States, however, the timeline for bringing back live events is a bit different. Back in January, Dr. Anthony Fauci predicted that concerts could return in the U.S. this fall depending on the rate of COVID-19 cases and vaccinations.

However, Live Nation CEO Michael Rapino predicts that events may be able to resume even earlier than this. This week, Rapino revealed that large-scale concerts could come back as early as this summer. However, there are still a lot of factors to consider even though Live Nation estimates July may be when events return.

“Every day we seem to have a new state or country talking about when they’ll open up, so we’re feeling more optimistic than we were a month ago,” he said via Variety. “Lots of artists are calling, looking at how we start up in July, August, September. So for right now, we still believe we’ll have enough open in the U.K., Australia, Canada and the U.S. to keep what we have on the books in amphitheaters booked for now.”

Rapino further notes that some areas of the country may have to wait until this fall for gigs to resume.

“We might have certain states that might not be ready,” he continues. “But we have enough states and enough artists willing to play the open slots if we get to that level in the right markets. So as long as these states open up to the right capacities. We can start in midsummer and in the southern U.S. we can go all the way into November.”

The Live Nation CEO also says that things aren’t very clear-cut in the United States. The federal government, state laws and other jurisdictions could easily impact this estimated timeline. However, he adds that the prospect of a 75 percent-plus capacity return in the country’s largest markets is “within sight.”

“[We] think we’re better off waiting for a high bar capacity moment in most of the states to ramp up and talk to the artists about getting paid properly,” he says.

Along with all of this, Rapino also shared some interesting information about the live music industry. According to Live Nation’s research, 83 percent of concert-goers have held onto their concert tickets over the past year. As well, 64 percent of fans plan on attending even more concerts than before when they do return.

With more artists than ever wanting to tour and fans eager to make up for lost time, all signs point to even more concerts ahead. Thank you to all of our @LiveNation employees for their endless resilience and creativity – none of this would be possible without you pic.twitter.com/gdiapVYSyk

What are your reactions to Michael Rapino’s predictions? When do you think concerts and festivals will return in the United States? Let us know in the comments below.

10 artists who reimagined their songs with a live orchestra

Lzzy Hale Looks at the Pandemic's Role in Halestorm's Next Album

‘In My Room’ With Ani DiFranco

Why Keeping Top Talent Should Be Your Top Priority in 2021

The 10 Best Rock Covers of Hip-Hop Songs, Chosen by Fame...