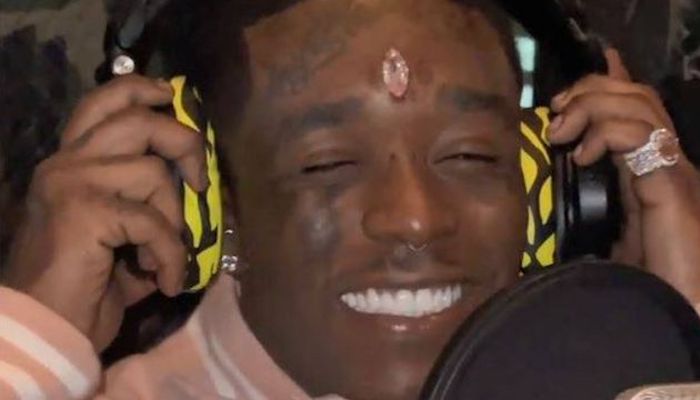 In case you didn’t know, rapper Lil Uzi Vert recently had a $24 million pink diamond surgically implanted into his forehead.

Now, the jeweler behind the rapper’s latest body modification has revealed whether or not the implant is actually safe. As well, Lil Uzi Vert has finally responded to those cultural appropriation accusations.

After Lil Uzi Vert unveiled his multi-million dollar pink diamond face implant earlier this month, the internet quickly got to work on a set of new memes. Mostly, the rapper soon found himself getting compared to Marvel‘s Vision. Then, just days after unveiling the implant, the rapper revealed that he “could die” if the diamond isn’t removed “the right way.”

Now, the jeweler behind the pink diamond has finally shared if the implant is actually safe. During a recent interview with Rolling Stone, Eliot Eliantte, the owner of New York-based jewelers Eliantte & Co, opened up about Lil Uzi Vert’s now-viral face implant.

According to Eliantte, the rapper came across the stone back in 2017. Since then, he spent years saving up for it.

“Everything started back in 2017,” Eliantte says. “Once he saw the stone, he really fell in love with it and said he’d think about what he wanted to do with it.”

As it turns out, Eliantte didn’t think Lil Uzi Vert was actually going to go through with the implant.

“We didn’t think he was serious about it, but as he started making payments on the specific stone, he made it clear that he was very serious.”

Elsewhere in the Rolling Stone interview, Eliantte also debunks the theories that Lil Uzi Vert’s diamond implant is unsafe. In fact, it’s apparently as safe as any other piercing out there.

“Yeah, it’s as safe as any other piercing,” Elinatte says. “As long as you maintain it well and have good upkeep, it’s perfectly fine. We made sure that prior to getting anything done that Uzi brought someone in to consult on everything. We didn’t just do this randomly.”

To make sure the $24 million diamond doesn’t fall out, some logistics and engineering were involved.

“In the body modification world, they usually do everything in stainless steel or surgical-grade steel. But in our case, we did everything with precious metals. We engineered a specific mounting that clips and locks in place. There’s a whole mechanism involved, it’s not a standard piercing. A specific piece and part were both engineered with millimeter precision to get this put on him.”

Since Lil Uzi Vert unveiled his latest body modification, he has been receiving backlash. For many, they believe the placement of the diamond is cultural appropriation. Now, it looks like the rapper is denying these claims in a few new tweets, one of which has been deleted.

“Hey glad to see you sharing your thoughts and knowledge…but I’m not mimicking anything I know about a lot and love different forms of art. Do you even know where the images is from ? Honestly…I love y’all.”

Along with this, it looks like both Lil Uzi Vert and Grimes are making their plans to get Elon Musk‘s new Neuralink brain chips. The two artists exchanged their thoughts on the upcoming technological advancement earlier this week. Musk just recently revealed that Neuralink plans to implant these brain chips into actual humans as part of a new trial sometime this year.

What are your reactions to Lil Uzi Vert’s diamond implant? Do you think it’s actually safe? Let us know in the comments below.

Seether Featured in Rock and Roll Hall of Fame Exhibit

Sputnik V is 91.6% efficient, according to The Lancet

Jeris Johnson drops an amped-up remix of a Bring Me The...

10 songs with lyrics that don’t actually mean what you think...

Seether Featured in Rock and Roll Hall of Fame Exhibit