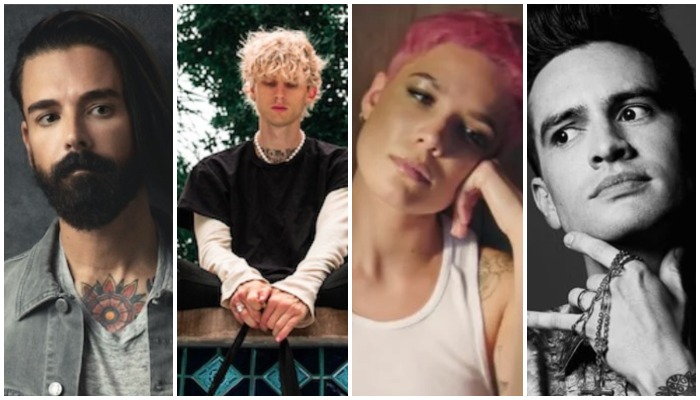 Valentine’s Day is fast approaching, a holiday that brings about a wide variety of celebrations and anti-celebrations.

The day of love is quite contentious, with some people going all out for their partner to others who are forever single and prefer to keep it that way.

While it’s different for everyone, a person’s zodiac sign can tell a lot about their feelings about Valentine’s Day and love in general.

To honor the day, we decided to figure out which song sums up your loved life based on your zodiac sign. Whether it’s good or bad, all of these tracks are certified bangers, so you don’t have to take it too seriously. You can check that out below.

Aries – “Hands Down” by Dashboard Confessional

Aries is known for being impulsive, and that’s no different in their love life. They’re the kind of people who would run away with a stranger for one epic, romantic night and not think about the future or any potential repercussions. They’d have “the best day they can ever remember,” as described by Dashboard Confessional in the emo anthem “Hands Down.”

This sign is grounded in routine and all things practical, so their love language is definitely when their partner helps them in simple ways. “All The Small Things” by blink-182 is the anthem for Tauruses everywhere because every line screams exactly how this sign needs to be loved.

Geminis aren’t really the most romantic sign. They’re social, spontaneous and a people pleaser, so monogamy isn’t exactly their thing. They have a nonchalant attitude toward romance and are all about having fun, no strings attached. The situation in “my ex’s best friend” by MGK and blackbear might describe a dilemma they’ve found themselves in before, but hey, no shame.

Cancer, the crab sign, has a tough exterior but is very soft and emotional on the inside. “Leather Jacket” by Joyce Manor sounds like a song someone who was burned by a Cancer would sing about them, as they watch them put on this tough exterior like they’re better off without them. And if their partner screwed them over, that’s probably a true sentiment for a Cancer.

Leo – “Death Of A Bachelor” by Panic! At The Disco

This Panic! At The Disco track is the anthem for a lion who’s finally been tamed. Leos can be self-centered, and it’s hard to get them to settle down. But once they find the one, they may feel like Brendon Urie in this song as he revels in “a lifetime of laughter at the expense of the death of a bachelor.”

Virgo – “wish you were gay” by Billie Eilish
﻿

Virgos are really deep and suffer from being chronic perfectionists. It can lead them into shifting the blame onto others or getting so lost in their thoughts that they lose touch with reality. If someone rejected them, they would feel like Billie Eilish in this song because they’d rather believe that person couldn’t love them rather than simply choosing not to.

Libra – “You Had Me At Hello” by A Day To Remember

Libra is a sign that’s all about balance and harmony, so they thrive in partnerships. When Libras find their perfect match, they embody the energy of this A Day To Remember track about an all-encompassing romance.

Scorpios are intense, and when they’re in love, they’re passionate and all in. However, if that goes south or, even worse, their partner crosses them, they better watch out for their wrath. They would be as confident and cruel as this Waterparks track, letting their ex know that they’re totally dead to them.

Sagittarius – “Bad At Love” by Halsey

Let’s face it: Sagittarians aren’t the best at long-term relationships. It’s because their constant need for movement and adventure makes them get bored easily. They might find themselves in scenarios Halsey describes in “Bad At Love,” where they’re searching for something in other people. When they don’t find it, they have to move onto the next.

Capricorns have the tendency to correct people, which can be a big struggle in relationships. They strive for order and perfection, and their realistic approach to life often leads to a pessimistic attitude, just like Hayley Williams describes in this Paramore track. When surrounded by overly optimistic people who have their heads in the clouds, this earth sign goes into defense mode and refuses to look on the bright side, even if their partner is the opposite.

Aquarians crave freedom, so they tend to take an unconventional approach to love and relationships. In turn, that means they often break a lot of hearts, like the sentiment of this song by the 1975. When something doesn’t feel right and their identity is being threatened, this sign can’t help but have a change of heart and fly the coop.

Pisces is a sign that contains dreamers just looking for a happily ever after. Love is like a drug to them, as they can’t help but be hopeless romantics. They would express their love in a track such as “If I’m Lucky” by State Champs because they have a tendency to pour their hearts out fully and completely, especially when they’re truly in love.

The post Find out which song sums up your love life based on your zodiac sign appeared first on Alternative Press.

Watch Blackpink Work Through the Pain as ‘Lovesick Girls’ in New...

Michael C. Hall is rolling out the plastic again for a...

Song You Need to Know: Jayda G, ‘All I Need’