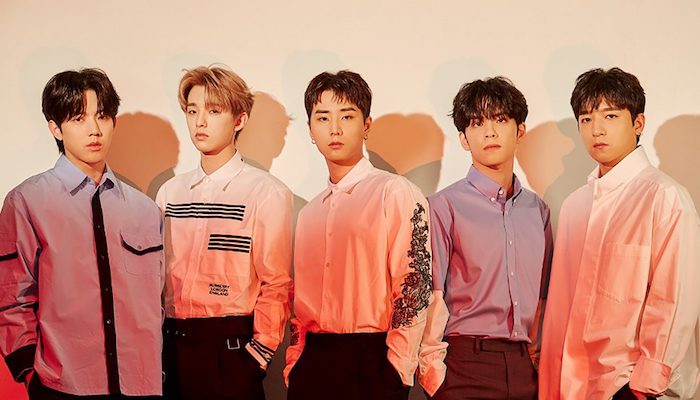 The moment DAY6 fans have been waiting for has finally arrived.

This week, it was announced that the Korean rock group are officially reuniting and have already started work on a new album.

Last May, DAY6 went on a hiatus due to anxiety, stress and mental health issues. According to the group’s agency, JYP Entertainment, some members were showing signs of anxiety and mental health strain.“Some members received medical advice to get rest,” the statement said. “So after careful discussion with DAY6 members, we decided to temporarily halt its activity, including performances for the upcoming album, to focus on the recovery.”

Shortly after the announcement, DAY6’s Jae Park offered an update to fans. In a tweet, Jae thanked everyone for the support the group received.

“Doing better. Thank you for being patient with us and for supporting us so much when we needed it most. Hoping to see you all as soon as possible. Stay safe everyone.”

Doing better. Thank you for being patient with us and for supporting us so much when we needed it most. Hoping to see you all as soon as possible. Stay safe everyone ❤️

The hiatus news arrived just as the Alternative Press cover stars released their latest album The Book Of Us: The Demon. Now, eight months after their last full-length LP made its debut, a DAY6 comeback has been confirmed.

This week, JYP Entertainment told XSports News that DAY6 are currently working on material for their upcoming album. However, they did not specify when the LP may be released.

“DAY6 is preparing a new album,” the statement says. “The release schedule will be announced once it is confirmed.”

According to Newsen, industry insiders say DAY6’s forthcoming album is slated to arrive this April. This upcoming LP will mark the band’s first release since The Book Of Us: The Demon.

“Told you guys, we always been working, man. We’re always working on music,” he said. “I hope that you guys like this one.”

“just saw news of day6 comeback, can’t wait for it”

jae: i told you guys, we’ve always been working, man. we’re always working… always be working on la musica, you know what i mean? i hope that you guys like this one pic.twitter.com/qpTAD2w3fz

After members Jae and SungJin took time off from DAY6 to focus on their health, Young K, Wonpil and Dowoon formed the sub-group Even Of Day. Together, they went on to release The Book Of Us: Gluon last year.

Last February, DAY6 appeared on their first-ever U.S. magazine cover with Alternative Press. During their cover story interview, Jae Park shared that DAY6’s main goal is to make music they all enjoy. This target is likely something they are striving for as they continue work on their next release.

“Our goal has always been just one thing: It was [to] do music that we liked, that we’re satisfied with, and we hope that other people will be satisfied with it,” Jae shared. “It’s largely always just been us pursuing our interests and curiosity with music. So, even if we do become this crazy, world-famous [band], like, everybody knows DAY6, I think our goals will still stay the same.”

What are your reactions to DAY6 reuniting? What do you expect their new music to sound like? Let us know in the comments below.

The post DAY6 are reuniting and they already have a new album in the works appeared first on Alternative Press.

Devin Townsend Does Entire Soundtrack for Kids' Show About Colors

'The Batman' Trailer Is Using a Haunting Nirvana Song