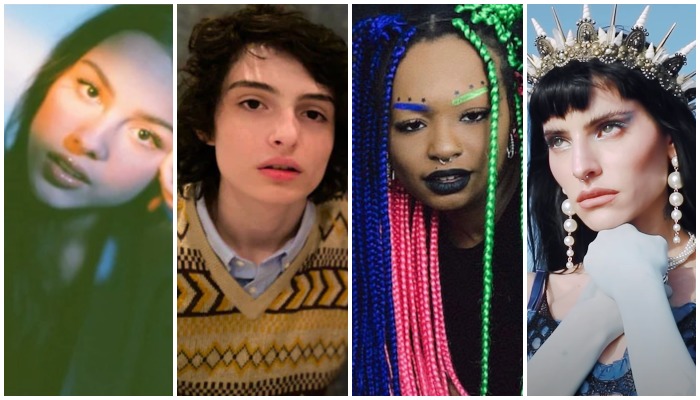 The genre of alternative music is constantly shifting, with new artists hitting the scene and experimenting with genre-bending in ways never heard before.

It’s an exciting time to be a fan in the scene. Women and LGBTQIA+ folks are redefining what a rock star looks like and what kinds of stories are told through music.

Read more: 10 modern rock bands that prove the genre is far from dead

Additionally, thanks to the rise in popularity of TikTok, young and independent musicians can blow up overnight and become major sensations. There’s just so much new music that it’s hard to keep track. We decided to highlight 10 rising alt artists who are sure to blow up once they release their debut album. You can check those out below.

The Aubreys, the indie-rock duo made up of frontman Finn Wolfhard and drummer Malcolm Craig, recently revealed that their debut album is completely recorded. The pair called it quits with Calpurnia in 2019 and have been releasing singles under the new project throughout the past year, which encapsulate the feelings of uncertainty and change that every teenager faces. So far a release date hasn’t been announced, but fingers crossed it’s sometime soon.

Meet Me @ The Altar

If you’re an avid reader of AltPress, you already know how excited we are for Meet Me @ The Altar to release their debut album. From the singles they’ve shared thus far, they’ve proven that they’re bringing a more empowering and diverse image to the future of pop punk.

Rock newcomers Concrete Castles dropped their debut single, “Just A Friend,” in March, which hints at how their first full-length will sound. We know the trio are currently working on the LP after starting off as a cover band, so we can’t wait to hear more of their original sound.

If you’re into smooth beats, sickly sweet vocals and groovy rhythms, you need to check out kezia. The singer’s released a few singles, and she’s gearing up to drop an EP, claire, in May. Her music blends R&B, bedroom pop, indie rock and more into songs that sound like intimate diary entries.

It’s hard to believe that girl in red hasn’t released a full-length yet considering how popular she has become. On April 30, the artist will release her 11-track debut album, if i could make it go quiet, which features a few previously released singles about relationships, mental health and more.

Jaden Hossler, known as jxdn, started as a TikTok personality until he started pursuing music last year. He’s already collaborated with iann dior, phem, Travis Barker, blackbear and more, which makes him a contender in the alt-rap scene. He’s totally honest when it comes to mental health, a theme that’s sure to be central on his upcoming debut album, Tell Me About Tomorrow.

Earlier this year, we got acquainted with Lilith Czar, the alter ego of Juliet Simms. While we’re definitely quite familiar with Simms’ music career, this is an entirely new chapter for her as an artist. While she’s released a couple of singles, Czar’s 12-track LP, Created From Filth And Dust, will be available April 23.

Olivia Rodrigo has become one of music’s biggest names since her heartfelt song “drivers license” took over the internet this year. The song has inspired dozens of covers, TikToks and more because of its sincere lyrics. Rodrigo just released her second moody track, “deja vu,” and announced that her debut album will come out May 21. Surely it’ll be a smash hit.

Pro skateboarder turned musician Cher Strauberry has become an expert in blending punk with easygoing indie rhythms, and she’s only released a couple of singles so far. Her upcoming debut LP, Chering Is Caring, will be released June 18. And to make it even better, most of the album was recorded on Strauberry’s microcassette player and Walkman, giving the songs an old-school feel.

Irish rock band Inhaler have released enough singles to make up an album but actually haven’t officially released an LP. While the band’s frontman Elijah Hewson is the son of Bono from U2, their upcoming LP, It Won’t Always Be Like This, will be a sound all their own.

Thinklab – Building a startup team to fix science and government

This classic villain may also be making a return in ‘Spider-Man...