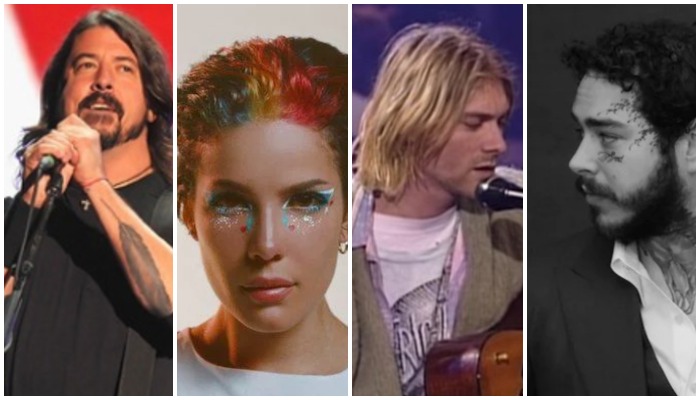 There’s truly something special whenever our favorite artists decide to cover songs from other bands and genres. It shows off their musical chops, their taste and their ability to imprint their style on anything they’re performing.

Some artists, such as Post Malone, Miley Cyrus and YUNGBLUD, have made a name for themselves with their innovative covers that go way beyond your typical karaoke set. And speaking of making the songs their own, sometimes artists change the lyrics to the covers to better fit their take on the song, even if it strays from the original.

In case you have no idea what we’re talking about, check out 10 of the best covers where the lyrics are slightly changed.

In February, Post Malone got in on the 25th anniversary of Pokemon in a major (and sort of creepy) way. He covered the ’90s hit “Only Wanna Be With You” by Hootie And The Blowfish in a virtual concert but tweaked the lyrics to make it a little more personal. He sang the line “I’m such a baby ’cause the Cowboys make me cry,” replacing the Dolphins shoutout in the original.

﻿There are just some tracks that will never go out of style, no matter how many covers have already been released. Prince‘s “Nothing Compares 2 U,” which was also famously performed by Sinead O’Connor, is one of those tracks. O’Connor takes on her own beautiful rendition, mixing up the lyrics to make the song about a man.

Foo Fighters are like expert karaoke performers because they truly can make any cover song their own. They took the ’70s song “Baker Street,” originally written by Gerry Rafferty, and put a ’90s grunge spin on it. Instead of mentioning “booze” from the original, the Foo changed the lyrics to “He’s gonna give up the crack and the one-night stands.”

﻿
YUNGBLUD is a chameleon artist—he can truly sing any song from any genre and make it sound like he wrote it himself. Last year, he graced us with the Taylor Swift and Avril Lavigne mashup we didn’t know we needed. While he keeps the original lyrics from the songs, he mashes them together and takes some lines out to give the song an entirely new meaning.

Halsey‘s signature voice puts a dreamy spin on any song she sings, including this cover of Juice WRLD‘s “Lucid Dreams.” She switches up the lyrics to say, “Who knew evil boys had the prettiest face?” instead of “girls” from the original.

Cobra Starship were known for bringing an in-your-face attitude back in the 2000s, so it’s not a surprise that they covered Katy Perry‘s track “I Kissed A Girl.” However, they changed the chorus to say “I kissed a boy” because that keeps with the theme of the song.

Even though Nine Inch Nails released their track “Hurt” in the ’90s, the legendary Johnny Cash made it all his own in the early 2000s. Except he cleaned up the lyrics a bit, singing, “I wear this crown of thorns” in the second verse rather than a “crown of shit.”

Back in 2009, the All-American Rejects did the most random cover of Britney Spears‘ “Womanizer,” completely changing some of the lyrics. One line says, “Look at you, getting more than just a re-up/K-Fed, you, yeah you shouldn’t sign a prenup,” which are definitely not the original lyrics.

In 2003, No Doubt covered the ’80s track “It’s My Life” by Talk Talk and made a pretty subtle lyric change. In one line, Gwen Stefani sings, “Oh, I’d tell myself/What good do you do?” whereas the original version is “I’d tell myself what good you do.” It’s minuscule, but it completely changes the meaning of the line.

Nirvana‘s version of David Bowie‘s “The Man Who Sold The World” truly took the track to a new level. The ’90s grunge version makes a few subtle lyric changes in the second verse. “I searched for foreign land/For years and years I roamed/I gazed a gazely stare/We walked a million hills/I must have died alone,” Kurt Cobain sings. Whereas Bowie in the original verse sings, “I searched for form and land/For years and years I roamed/I gazed a gazeless stare/At all the millions here/We must have died alone.”

The post 10 artists who put their own spin on a cover with a slight lyric change appeared first on Alternative Press.

Attack Attack! Give a Nod to Their Crabcore Roots on Latest...

10 songs that show Tom DeLonge had aliens in mind for...